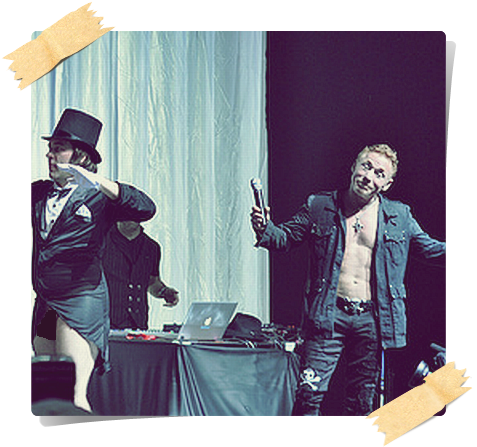 According to the Exotic Erotic’s web site the Ball was billed as the “finest in flesh, fetish, & fantasy … uncensored and unchained (ok – sometimes chained), & all under the undulating umbrella of love, freedom and respect.” The sites definition of the Ball was “Spot on.”

Most guests wore elaborate costumes for example local Greg Aldler wore a replica of the Bumble Bee Transformer, from the movie “Transformers.” Although the costume (see the photos here) did not win first place Alder definitely deserved recognition for the efforts. Other guest wore costumes that represented their sexual lifestyle, fetishes, or characters, and some wore barely nothing at all.

Danny Bonaduce, who is becoming a regular at the ball, judged the famed costume contests, where the winners took away more than $10,000 in cash and prizes.