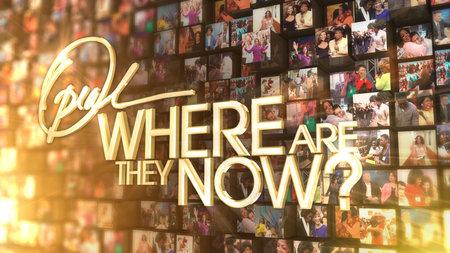 Danny Bonaduce will be appearing on “Oprah: Where Are They Now?” this Sunday on OWN at 10PM/9PM Central. Danny will discuss his early life as an abused child and homeless celebrity, as well as his new marriage and life
in Seattle.

Episode Description:
In 1990, the pop duo Milli Vanilli ruled the billboard charts and took home the Grammy for best new artist of the year, but overnight they became music’s biggest scandal when it was discovered the front men, Rob and Fab, hadn’t sung a note on their own record. Today, we catch up with surviving member Fabrice Morvan in Amsterdam where he tells his side of the story and what was happening behind the scenes back then. Next, “The Partridge Family” star, Danny Bonaduce, now 52 years old, reflects on his abusive childhood, the embarrassment of being homeless and famous at the same time, his past scandals and also his new life in Seattle with his wife, 25 years his junior, who he credits for his sobriety. Then, an Oprah Show Trivia moment with “The View’s” co-host Sherri Shepherd who was in the audience of the “Oprah Show” 20 years before she made it big. Plus, Donald Trump’s ex-wife Marla Maples talks about her spiritual side and her relationship with her daughter, Tiffany Trump, and the Trump family.

About “Oprah: Where Are They Now?”
Their stories made headlines across America. “Oprah: Where Are They Now?” tracks down “Oprah Show” guests who made you laugh…and made you cry. Find out where they are now, plus see what happened to the biggest newsmakers of all time and how their lives changed after sudden fame and notoriety turned their worlds upside down. Upcoming episodes feature Oprah’s sister who she met for the first time in 2010, Charlie Sheen’s ex-wife and actress Denise Richards, Fab Morvan from Milli Vanilli, Pastor Ted Haggard, Anna Nicole Smith’s daughter Danielynn and Danielynn’s father Larry Birkhead, model Fabio, Donald Trump’s ex-wife Marla Maples, 80’s teen queen Molly Ringwald, environmental activist Erin Brockovich,“Diff’rent Strokes” actor Todd Bridges, favorite “American Idol” contestants and “Survivor” season one million dollar winner Richard Hatch. In addition, the series will feature “The Partridge Family” stars Danny Bonaduce and David Cassidy and “The Brady Bunch” stars Barry Williams, Christopher Knight and Susan Olsen. Produced by Harpo Studios.