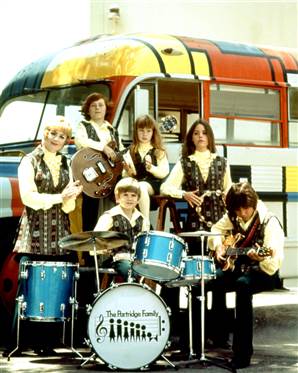 If you’re the parent of a budding child star, who do you call to learn how not to screw up your kid? Someone whose parents pulled a doozy on him. Enter Danny Bonaduce, host of I Know My Kid’s a Star (Thursdays at 10 pm/ET), VH1’s new reality competition featuring 10 parent-child pairs fighting for $50,000, a management contract and their ticket to stardom. We caught up with Bonaduce for the inside scoop.

TVGuide.com: You once said, “Being a child star is great. It’s being a former child star that sucks.” Why host a show that helps usher kids into that field?
Danny Bonaduce: Being an ex-child star is not a given. It’s not an automatic that you go from teen star to rehab. Just because Todd Bridges and I are idiots does not condemn an entire industry.

TVGuide.com: Tell the truth: As an industry insider, do you think $50,000 and a year’s management contract is that great a prize?
Bonaduce: It depends. The $50,000 they win would probably be enough to carry them over long enough to find out if they’re the real deal and if the business is for them. And if [the head of the management company] really believes in them, he could do a great deal for them.

TVGuide.com: What have been some of your favorite moments in making this show?
Bonaduce: My favorite moment is actually in the commercials. I say hello to a little girl and she vomits on me. For real. I said hello, and she just puked. I couldn’t believe it.

TVGuide.com: Do you have any advice for the kids on how to avoid the awful years you had?
Bonaduce: There are very few things child performers can do to not have a difficult [career]. When casting agents can get an 18-year-old to play a 15-year-old, they will. So, one [piece of advice] is that they can never age. [Laughs]

TVGuide.com: You’ve credited Shirley Jones with saving you from your family strife as a kid. Do you plan to be the Shirley to these candidates?
Bonaduce: Absolutely not. I’m not nearly as kindhearted as Shirley or any other member of the Partridge family was.

TVGuide.com: You were No. 10 in VH1’s 100 greatest child stars. Where would you rank yourself on the list of greatest child-stars-turned-parents?
Bonaduce: I married an excellent parent, but I’m not sure that I’ve made a great parent. So if she’s at No. 1 and I’m at 100, I’m going to combine the two of us and put me at No. 50.

TVGuide.com: Didn’t you two have an ugly divorce?
Bonaduce: Don’t get me wrong — I don’t like Gretchen. She cost me a lot of money! But the fact of the matter is, she also happens to be a spectacular human being of high moral quality. So somebody should marry her as soon as possible.

TVGuide.com: Plus, that gets you off the alimony hook.
Bonaduce: Two hundred Gs off the hook the second some smart guy marries her. [Laughs]

TVGuide.com: Your daughter Isabella has already appeared on Grounded for Life. If she wants to be a full-time actress, how will you feel about that?
Bonaduce: If she ever wanted to go into this business, I wouldn’t mind as long as she had something to fall back on. As long as she went to college and did well in school.

TVGuide.com: Have you made up with Jonny Fairplay?
Bonaduce: No. He’s suing me. The case was tossed out the very first day — the district attorney said he attacked me and I defended myself — but that doesn’t stop him from suing me. I’ll live through it. I’ve gone through worse.

TVGuide.com: Having gone through rehab a few times, what did you think of Celebrity Rehab?
Bonaduce: As a television show, it was mesmerizing, and as a man, Dr. Drew is possibly one of my favorite people on earth. Out of all the people who’ve tried to be of assistance to me, Dr. Drew, just in casual conversations, has been the most beneficial.

TVGuide.com: What other reality shows are you watching?
Bonaduce: Well, since my wife and I divorced, I am dating a girl a little bit younger than myself. So I find myself waking up on the couch watching The Real Housewives of Orange County and The Hills.

TVGuide.com: So you know who Heidi and Lauren are?
Bonaduce: I’m afraid I do. But I do not want to get into how much I know about these shows. If you were to ask me about all the drugs I took and all the transvestites I punched in the nose, fine. But I’m too humiliated to answer any questions about the wives of Orange County.