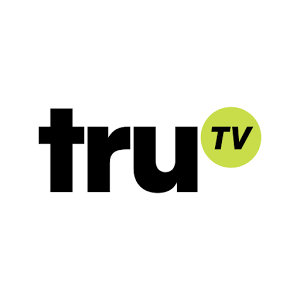 You will find the list of upcoming new and returning series below. daemonstv.com
THE SMOKING GUN PRESENTS: WORLD’S DUMBEST… – One-hour series launching new season Thursday, June 10, at 9 p.m. (ET/PT)
Stupid has never been funnier. Such personalities as Danny Bonaduce, Leif Garrett, Judy Gold, Chuck Nice, Tonya Harding and Natalie Desselle entertain as they show footage and make hilarious commentary about the most idiotic criminals, drivers, fans, daredevils, competitions and partiers. This series is based on thesmokinggun.com, one of the most respected and entertaining sites on the internet.

ALL WORKED UP – Half-hour series launching new season with new back-to-back episodes Monday, June 7, beginning at 10 p.m. (ET/PT)
This hit series returns with more workers getting yelled at, insulted and sometimes even assaulted … all before their first coffee break. The series showcases the first-person stories of a recurring cast of workers who must calm people down on a daily basis. From repossessing property to delivering court papers, the professionals featured in the show have been there, done that and lived to tell about it. The result is a blend of passionate confrontations and laugh-out-loud encounters. The new episodes will include workers who became popular with viewers during the show’s run last October: Ron and Amy Shirley, who run the Lizard Lick Towing and Recovery repossessing company in Wendell, N.C., and Bryan McElderry, a process server in New York.

BAIT CAR – Half-hour series launching its third season with new back-to-back episodes Tuesday, June 8, beginning at 9 p.m. (ET/PT)
This popular series heads to Los Angeles, New Orleans and Las Vegas to show what happens when real car thieves are caught in the act. Putting temptation directly in their path, police lure criminals with a high-tech decoy car, rigged with hidden cameras and sophisticated radio trackers. Viewers get to see all the action, from the moment the car is stolen to the inevitable bust.

LAS VEGAS JAILHOUSE – Half-hour series launching new season with back-to-back episodes Sunday, July 11, beginning at 10 p.m. (ET/PT)
This series gives viewers a fascinating and gripping look at life within the walls of Las Vegas’ Clark County Detention Center, where corrections officers try to maintain a stable environment in a facility packed with a wide range of violators. LAS VEGAS JAILHOUSE comes to truTV from Langley Productions, the creative force behind the long-running hits series Cops and truTV’s Inside American Jail.

DISORDER IN THE COURT – One-hour special premiering Wednesday, July 14, at 10 p.m. (ET/PT)
The latest in truTV’s collection of specials catches outrageous moments and shocking behavior from courthouses across the land, from inebriated lawyers to brawls and catfights. Chairs and tempers fly, reducing courtroom proceedings to mayhem. Like its predecessors, this installment of DISORDER IN THE COURT is sure to cause a scene.

TOP 20 MOST SHOCKING – One-hour series launching new season Thursday, July 8, at 10 p.m. (ET/PT)
Each episode of this fast-paced series showcases a unique theme, with more than 20 clips combined with dramatic firsthand accounts, all working their way to claim the top spot in the countdown.

BLACK GOLD – One-hour series returning in August
From the successful creator of Deadliest Catch and Ice Road Truckers comes this hit series about life on Texas oil rigs. With the economy continuing to struggle, the stakes are higher than ever for roughnecks, who can’t afford to make any mistakes that might cost them their jobs or, even more importantly, their lives.

HARD CORE PAWN – Half-hour series premiering in late summer
truTV is heading to Detroit for an inside look at one of the country’s largest pawn shops in this new series from RDF Media USA, Inc. For people in Detroit, the go-to pawn shop is the expansive American Jewelry and Loan, owned by Les Gold. Dubbed “the working man’s bank.” This series takes viewers into the sometimes-zany world of Les’ establishment, where a wide assortment of people bring in everything from alligators to prosthetic limbs. Each pawn ticket has a story, and there are more than 40,000 stories in the warehouse to tell. The Gold family and their employees never know what to expect when people’s personal items are on the line. As each episode of this fascinating series reveals, haggling over a price can quickly escalate into an all-out conflict.

POV PD (working title) – Half-hour series premiering in late summer
With exclusive access to the most innovative camera technology ever used by law enforcement, this series will totally immerse truTV viewers into all the drama
, suspense and action experienced by police officers on the job across the country. The Taser Corporation has developed a groundbreaking technology called AXON – high quality cameras and microphones that are worn by the officers themselves. They record the officer’s point of view during every chase, shootout, takedown or confrontation. Each episode of POV PD will be packed with their incredible stories, allowing viewers to step into the world of law enforcement like never before and witness all the action and conflict directly though the officer’s eyes.