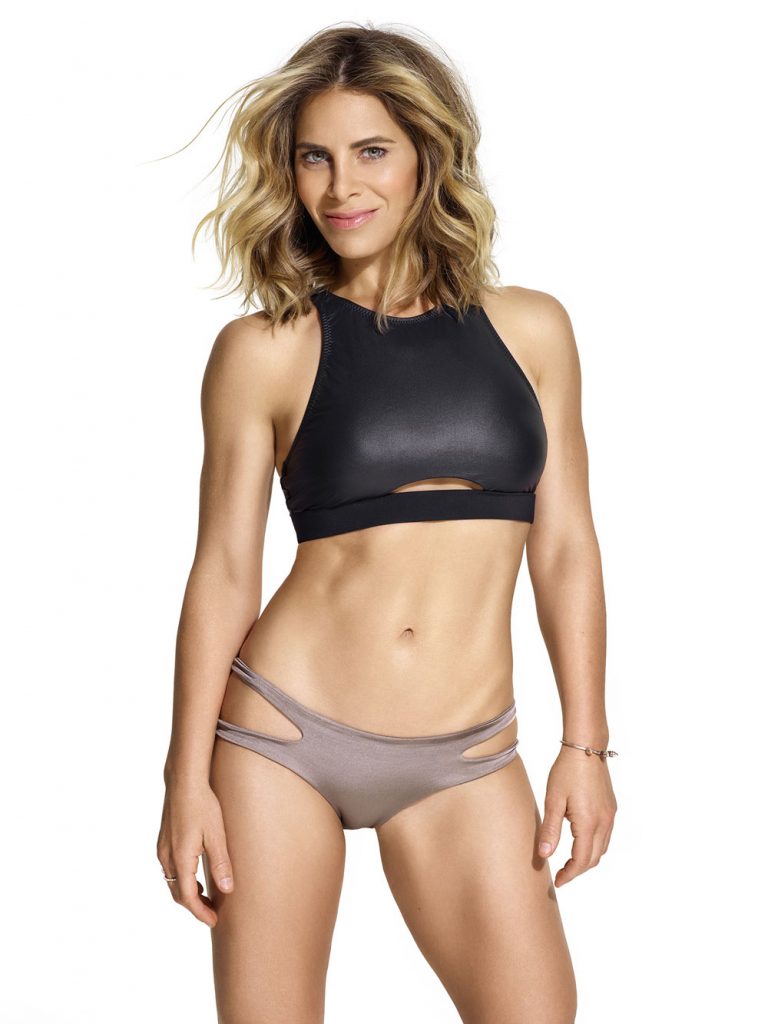 You can’t blame Jillian Michaels for being sensitive to gossip, given the hubbub over her pregnancy comments. So when she called into Danny Bonaduce’s radio show on WYSP 94.1 FM this morning, and Danny and his co-host jokingly talked about her using “chemicals” to get in tip-top shape, Jillian made sure to quash any would-be rumors.

“No, I do not use chemicals,” she said with a guffaw. “Can you just imagine that rumor going around? ‘Family fitness trainer is steroid-head.’ That would go GREAT for me.”

On the other hand, if you hear something out on the street about Jillian having cellulite on her butt, well…that one’s true.

“I’m the girl who can keep the flat stomach,” she told Danny. “But I’ve always had a couple of dimples back there.”

Danny didn’t seem to mind. True to form, he offered to be Jillian’s “ass-holder,” should she find herself starting to sag as she ages. Jillian goes, “That’s the sweetest thing anyone’s ever said to me!” And Danny replied, “You need to get out more.”

Yeah. It was that kind of chat.

One thing that interested me, though, was what Jillian said about her experience on “Losing It With Jillian.” She does actually move in with the families, although she has a trailer that affixes to their houses. Based on what she told Danny, I don’t think she’s a big fan of that arrangement.

Another interesting tidbit: Danny asked Jillian about her fitness routine. Turns out she only goes to the gym three or four times a week for 30-45 minutes.

“Maintenance is easy, because I can control my diet,” she said. “Diet is what it’s about when it comes to maintenance. …If you’re eating right, you’re never going to get unhealthy in the first place.”

Although Jillian said she thought “Losing It” would be a re-run tonight due to the President’s speech about the oil spill crisis, it appears as though folks on the East Coast WILL see a new episode after the speech. My Comcast system (Channel 11 is NBC) shows a new “Losing It” starting at 8. But at this point, I won’t believe it until I’m watching it!