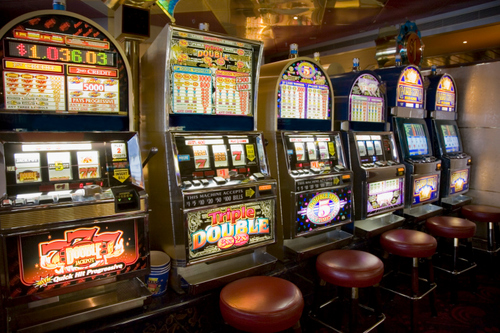 And to think they did it without any help from Reuben Kincaid!

A mini-Partridge Family reunion was held Saturday in Atlantic City when David Cassidy and Danny Bonaduce played a song onstage together. They say it was only the second time in 40 years they’ve done so.

Bonaduce, a Philadelphia disc jockey, portrayed Cassidy’s younger brother on the ’70s TV hit, but lip-synched and only pretended to play the bass guitar on the show. On Saturday, after he did a standup comedy routine to open the show at Resorts Casino Hotel, Cassidy got him to play “Doesn’t Somebody Want To Be Wanted.” Bonaduce learned that song for real when they played it together last October in suburban Philadelphia.

“We did it five, six months ago,” Cassidy told The Associated Press. “He learned it _ and then he put the bass away and didn’t touch it. I know him.”

“That’s not true,” Bonaduce insisted. “I just dusted it the other day.”

“The Partridge Family” ran on ABC from 1970 through 1974. It centered on a musical family led by veteran actress Shirley Jones and her children playing light, infectious, hook-laden pop. Jones and Cassidy sang for real; the other actors on the show lip-synched and pretended to play instruments, including Susan Dey, who went on to star in the ’80s legal drama “L.A. Law,” Suzanne Crough, and Jeremy Gelbwaks and Brian Forster, who split the role of the band’s drummer.

Since the show ended, Cassidy has enjoyed a long show biz career, including a solo singing stint during his teen idol phase, a starring role in the police series “David Cassidy: Man Undercover,” and a critically acclaimed role on Broadway in “Joseph And The Amazing Technicolor Dreamcoat” in 1982.

Cassidy also appeared on the current season of NBC’s reality show “The Celebrity Apprentice.” He was the first contestant “fired” by Donald Trump.

Bonaduce is a radio personality on Philadelphia station WYSP and has starred on several reality TV shows. He has also engaged in celebrity boxing and wrestling matches, including bouts against former “Brady Bunch” actors and retired baseball player Jose Canseco.

Last fall, Cassidy, who has been touring regularly, told Bonaduce, “It’s time you learned how to play the Partridge Family hits.” Actually, he dared him.

So he learned the five or so notes from the song, practiced a few times, and pulled it off. Then he put the red-and-white bass in its case and forgot about it.

“I have these guitars that I kind of collect,” he said. “They’re in the house so it looks like a musician lives there.”

Because Bonaduce works only an hour or so away from Atlantic City at his Philadelphia radio job, Cassidy asked him to join him onstage for Saturday night’s show.

“It’s an easy song to play, but I don’t know how to read music,” Bonaduce said. “I asked a guy in the band, ‘What the … do these things mean? He said, “This means ‘repeat, this means pause’ and so on. When I realized I was going to get through it without screwing it up, I had a great time.”

Introducing the song, Bonaduce asked the crowd, “You wanna see something nobody has ever seen before? Me, plugging in a bass guitar!”