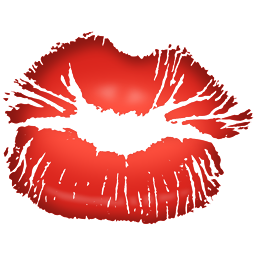 Bonaduce tells The News Tribune the fan asked him if she could kiss him and then latched onto his cheek for about a minute until others pulled her off of him.

The woman was taken into custody, but Bonaduce doesn’t plan to press charges.

His face still had a bright red mark on Saturday, a day after the incident.

He says police officers came to his hotel room on Saturday to photograph and measure the wound. His wife, Amy, says her husband was treated with antibiotics.

“She said, ‘I loved you on “The Partridge Family.” Can I kiss you?” Bonaduce recalled. When he agreed she latched on to his cheek for up to a minute, Bonaduce said, until others were finally able to get her off of him.

“I could feel things popping,” Bonaduce said. Ever the trooper, he continued the meet-and-greet.

Bonaduce showed me the bright red wound Saturday night backstage at a mixed martial arts event he was a commentator at. He didn’t want to reveal the casino the bite occurred at, saying only it was up north. Though Saturday’s event was at Tacoma’s Emerald Queen Casino the biting event did not occur at the EQC. However, my sister paper in Bellingham has this on their website which offers a pretty big clue as to the location of the event.

And what was going through Bonaduce’s mind during the ordeal? “Bath salts,” he replied. It’s a reference to the street name of a designer drug that’s been blamed for zombie-like attacks where perpetrators have literally taken chunks of flesh out of people.

Police officers came by his hotel room Saturday morning to photograph and measure the wound, Bonaduce said. Bonaduce’s wife, Amy, said her husband was treated with antibiotics but she was still concerned Saturday night, periodically examining the injury.

Though the woman was taken into custody immediately following the incident Bonaduce will not press charges, he said. Not that he wasn’t mad.

“I told her as she walking away if she was a man I’d….” Bonaduce says a lot of things I can’t put in print. Let’s just say Bonaduce has a reputation for getting in fights and he does pretty well at them.

Friday’s incident was in sharp contrast to a fan meet-and-greet Thursday evening at Tacoma bar Peterson Brothers 1111 on the Hilltop. There, Bonaduce met dozens of fans. He was very complimentary of the event on Saturday night.