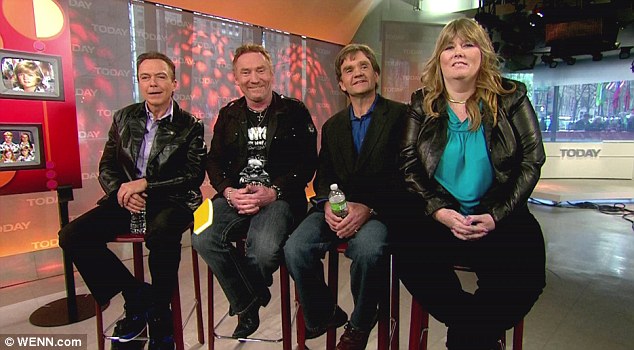 It’s been exactly 43 years since The Partridge Family drove their colorfully painted tour bus to the top of both the TV ratings and the music charts. On September 25, 1970, the TV-to-pop-chart smash premiered in the Friday 8:30 p.m. time slot immediately following The Brady Bunch on ABC.

The story of five children of a widowed mother, Shirley Jones, who convinced their mom to join them in the formation of a musical group became wildly popular. Both the show — as well as the group’s first song “I Think I Love You” — were instant hits.

The show’s final episode aired March 23, 1974, although the cast has been reunited on various occasions. And many have remained in the spotlight. Dey went on to star as Grace Van Owen in L.A. Law, and although Cassidy has had some troubles with the law (he was arrested for driving while intoxicated in August), he’s continued his singing career and has performed in concerts around the world.

Jones also made headlines this summer with her new tell-all autobiography, “Shirley Jones,” which recounts the 79-year-old actor’s sex life in explicit detail.

Below, take a look at the cast four decades later. Do you still have a crush on Cassidy?