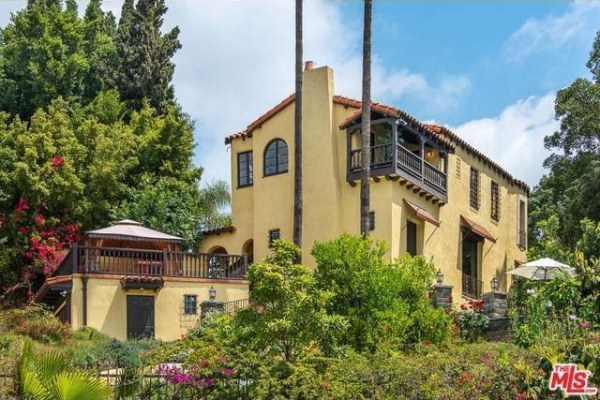 Danny Bonaduce, the famous radio and TV personality, is renting out his Los Feliz residence for $12,000 a month.

Bonaduce was renting the residence out last year as well, for $18,000 a month. He purchased the home with his wife Gretchen in 2005 and tried to sell it several times in the past few years, but in vain.

Apparently, the home was used as the setting for reality show, “Breaking Bonaduce”. However, with the end of his show, his marriage fell apart too and he left for Philadelphia.

According to the listing records, the home is a 7,065-square-foot residence with four bedrooms, five full and one half bathroom, all encompassed on a 0.59 acre lot. Built in 1959, the home features hardwood and stone tiled flooring with beamed ceilings.

Living spaces of the two-storey home include a grand drawing room, a formal dining room, a family room, a library. Other amenities include a game room and a bar. Outside, the residence has a resort-style pool and rolling greens with ample sitting areas. The home has a gated parking space for more than two cars.

“Gated Classic Andalusian Estate set atop its own promontory with spectacular VIEWS in prime Los Feliz.”

While Bonaduce is renting out this marvelous house, there was a time when he was homeless despite being famous. In a previous interview with Oprah Winfrey’s “Where are They Now”, Bonaduce recounted what it felt like to live in a car behind a dumpster.

“I was still famous, and people had no idea I lived behind the dumpster… I’d be taking pictures with people and signing autographs,” he recalled adding “When I knew they wouldn’t see me I would sneak back to my car… it was totally embarrassing to be famous and homeless.”