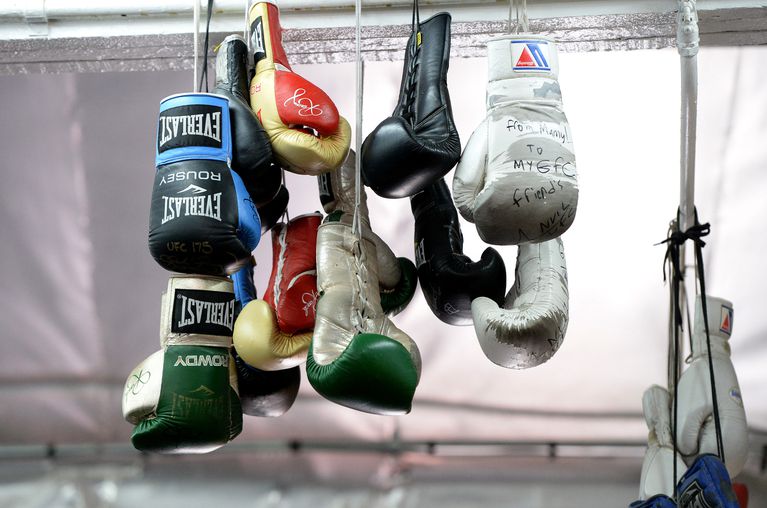 Before MLB salaries exploded, baseball players would need to work other jobs to make ends meet. While most would work other mundane jobs, a few would dabble in other sports. On this day in 1930, Commssioner Kenesaw Mountain Landis banned players from boxing.

In the early days of baseball, there are quite a few stories of MLB players working other jobs. Even the stars, such Yogi Berra and Phil Rizzuto, worked in department stores or other assorted locations. There were also a few that tried their hands at other sports, and even excelled, like Dave DeBusschere, who became a Hall of Fame player in the NBA.

Of course, some players would gravitate towards other sports or professions that would be seemingly hazardous. One of those was Chicago White Sox first baseman Art Shires, a decent hitting player who also made his mark on the field with his fists, having punched out his manager, Lena Blackburn, and two hotel detectives at the end of the 1929 season.

Shires, who had been banned in 32 states from boxing in several suspect bouts, was a fairly notorious figure. He bestowed upon himself the nickname “The Great,” and was known for his braggadocio. He won his first professional fight, knocking out his opponent in 21 seconds, but lost his next match against Chicago Bears center George Grafton.

Meanwhile, Stiles was supposed to fight Cubs star Hack Wilson, who backed out of the bout when Shires was defeated. Undeterred, Shires fought Braes catcher Al Spohrer, who he knocked out in the fourth round. When a match with Bruins enforcer Eddie Shore was bandied about, MLB Commissioner Kenesaw Mountain Landis stepped in.

On this day in 1930, Landis decreed that any player who entered a professional boxing match would consider themselves retired. This put an end to Shires boxing career, as well as the aspirations of other players who fancied themselves as pugilists. Alas, this meant that, two decades later, we would be unable to see how noted scrapper Billy Martin would have fared in the ring. Fortunately, Jose Canseco retired, allowing us the comedy of watching him fight Danny Bonaduce.

After his baseball career ended, Stiles attempted to reignite his boxing career. However, due to the knee injury that ended his time in baseball, Stiles was out of shape and no match for Sid Hunter, who knocked him out in the second round of a six round fight. Stiles, who had plans to fight World Heavyweight Champion Max Baer, would not box professionally again.

That did not mean the end of Stiles using his fists in other capacities. In December, 1948, Stiles was charged with murder for beating a man to death. The charges were reduced to aggravated assault, to which he was found guilty and charged a $25 fine.

These days, the idea of a current baseball player entering a boxing ring seems farfetched. Thanks to Art Stiles, a ban on boxing for MLB players came into being on this day in 1930.