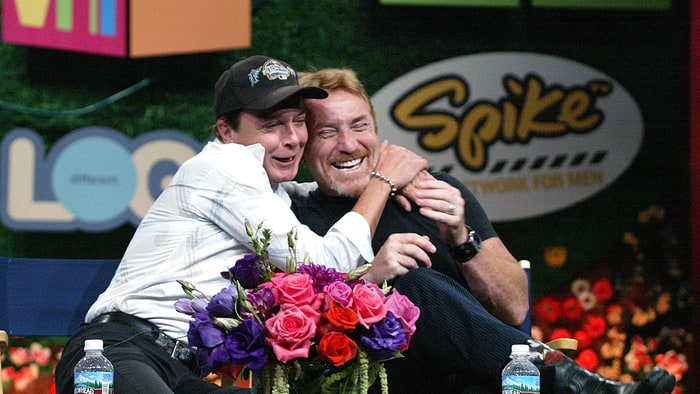 Brotherly love! David Cassidy’s Partridge Family costar Danny Bonaduce has lent his support in the wake of his TV sibling’s dementia diagnosis. “David Cassidy once had a bigger fan club than Elvis & the Beatles,” he wrote. “If you’re a fan, now is a great time to send him your love & best wishes.”

As Us Weekly confirmed with Cassidy’s rep, the legendary 66-year-old actor and musician is battling dementia.

The star revealed the devastating news to People on February 20, after he slurred his words, forgot his lyrics and almost fell off the stage during a performance in California on Saturday.

“I was in denial, but part of me always knew this was coming,” he told the magazine, adding that his grandfather and mother both battled dementia.

Cassidy told the audience at the show, that he was retiring and many fans feared the teen idol, who has had many stints in rehab and a number of DUI’s, was drunk during the show.

But Cassidy revealed the truth to People adding that he was retiring to focus on his health.

“I want to focus on what I am, who I am and how I’ve been without any distractions,” he told the magazine. “I want to love. I want to enjoy life.”