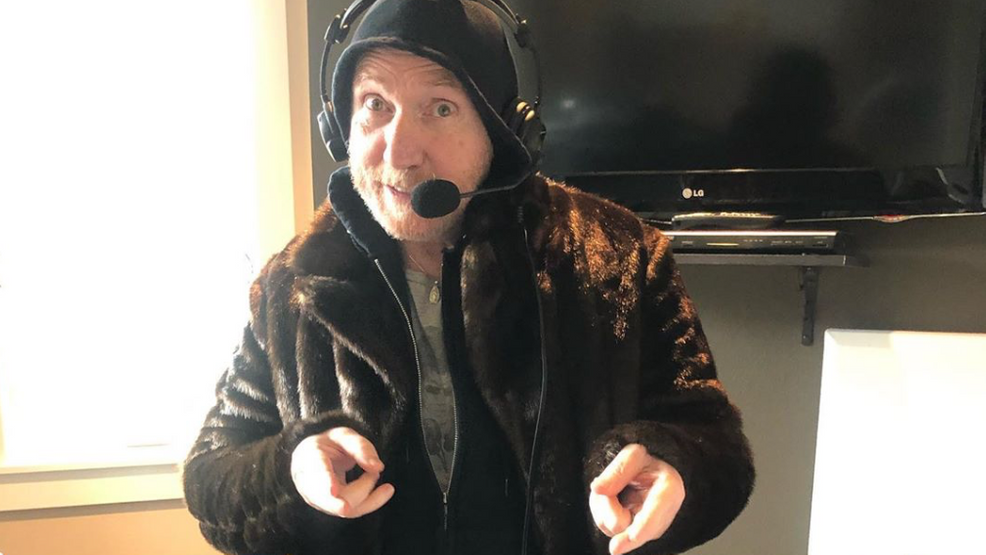 102
SHARES
FacebookTwitterGooglePinterest
RedditTumblr
by  MALIA KARLINSKY
http://seattlerefined.com/lifestyle/orange-and-delicious-checking-in-with-danny-bonaduce
We’re all working from home these days, including Seattle based DJ/actor/musician Danny Bonaduce. He became a bonafide star in the 1970’s thanks to his role as wisecracking middle kid Danny Partridge on the hit show “The Partridge Family.” Since then, he’s never slowed down! We got to hang out with Danny in 2018, and we wanted to check back in with the the multi-talented star to see what he’s up.Seattle Refined: Danny Bonaduce, it’s always a blast to talk to you. You’ve got your Seattle World’s Fair in the background, so that’s kind of fun!
If you could look that way, I had the Space Needle, clear shot, not even a full mile away.

You guys have a beautiful view, I remember that. And you play backgammon out there.
That’s right we do, and we still have that picture.

Have you been playing a lot of backgammon lately?
Amy [Danny’s lovely wife] and I are just addicted to that game.

I can’t wait to hear what you have been up to during this lockdown.
Well, I’ve been taking virtual guitar lessons. I’ve been doing my radio show from home every morning. 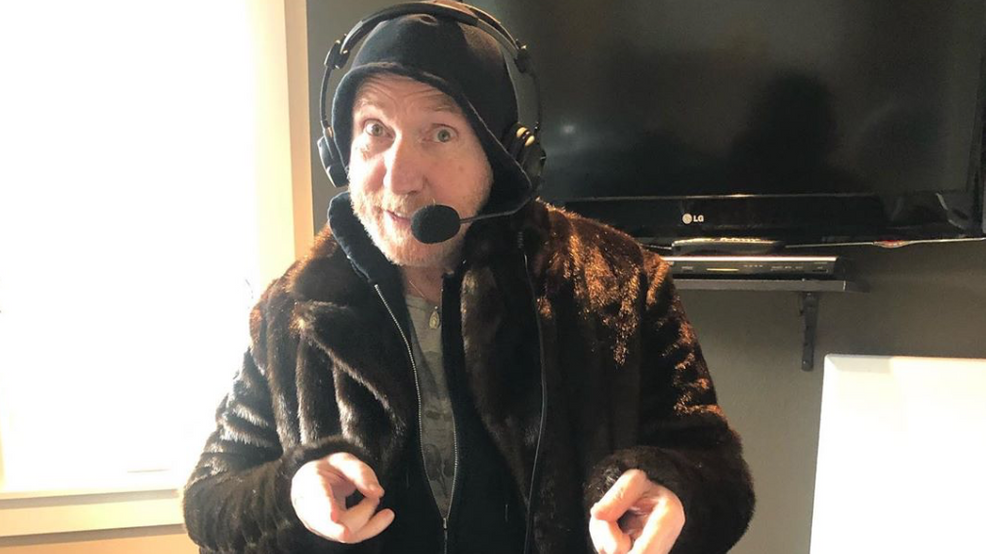 How has it been working from home as a DJ for KZOK – as compared to working in the booth with all of your co-workers?
The thing I like better from broadcasting at home is – I hate those guys. [Laughing] No I really like working with Sarah and Paul. It’s crazy, I broadcast in a tiny little room that has a treadmill in it with a bunch of laundry over the back. There’s just something comforting about it.

Speaking of comforting and comfortable – you are the Track Suit King.
Yeah, I am the track suit king.

Tell us about some of your favorite track suits that you’ve been donning lately.
This one – I don’t know how well you can see it – used to be my favorite but somebody, some guy, came up to me and came up to me on the street one day and he said ‘That’s really cool’ and so far I agreed with him, and he goes ‘I can’t believe you still dress up in the crushed velvety suits from The Partridge Family’. No, I’m 60 years old I spend very little time dressing up at Danny Partridge. 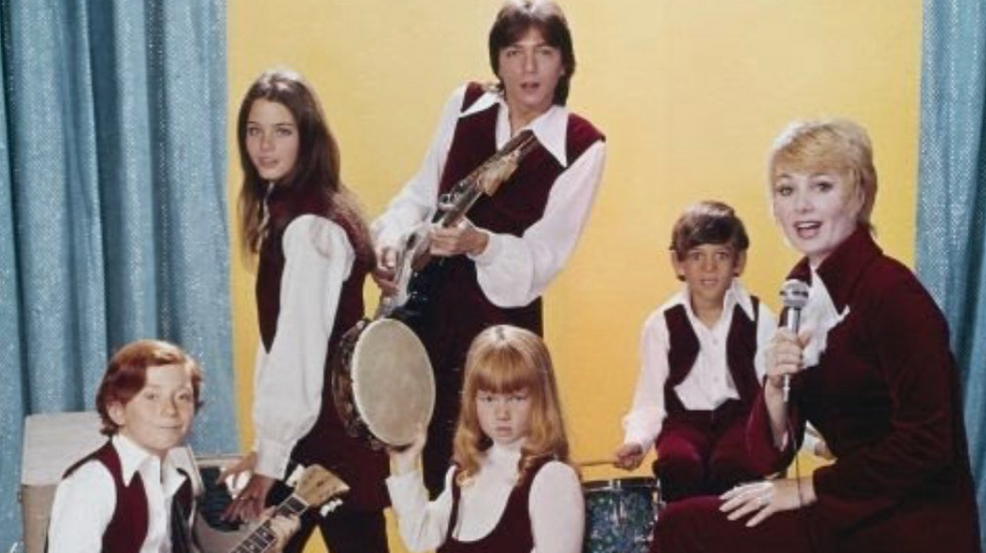 I know a lot of rock stars have been doing concerts from their homes – you have done one too.
‘I’ll be your Magician’ by Danny Bonaduce. Boston banned the song, a bunch of other people banned the song, so it was kind cool to be banned at the age of 12 – that’s a real rock and roller right there.

I also want to ask you about something I love that you do – and I wondered if you’ve been missing? Your secret signings.
I think it was my wife’s idea – all the good things in my life are my wife Amy’s ideas. We’re in a record store one time and she’s a vintage record shopper and she goes I wonder if The Partridge Family is in here. Which, by the way, they almost always are. So she goes ‘Why don’t you sign it and leave it there?’ And we did. Later a woman called up the radio show so happy about it was ridiculous. You know I would have done a lot more to make a lady that happy. So it turned into a thing – Amy and I run in to vintage record stores, she finds the Partridge Family and I sign them and put them back. 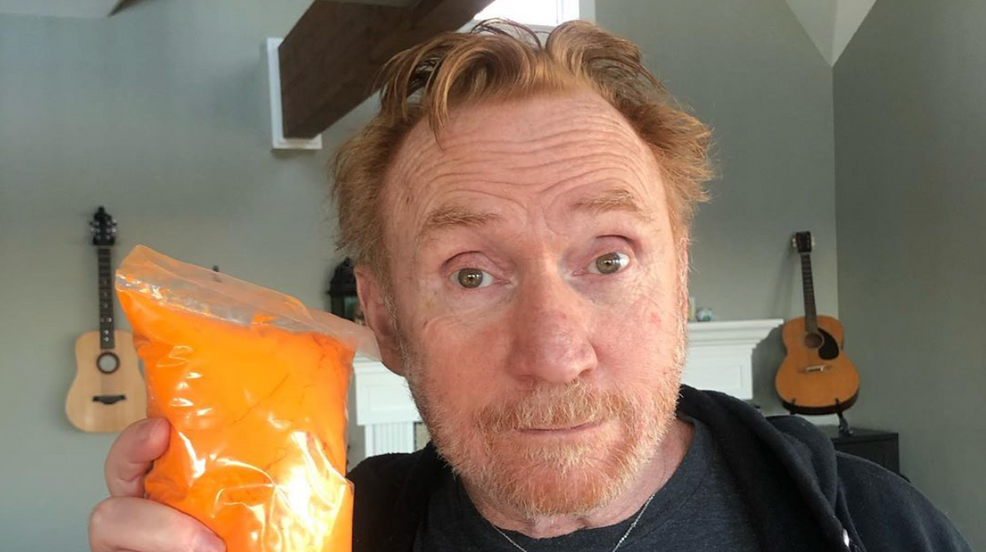 Is there anything you wanted to talk about that we didn’t talk about?
You covered that I’m really cool right?

Obviously you’re extremely cool. You’re the highlight of my quarantine!
I think you said I’m a genius?

Danny Bonaduce it’s always such a joy to see you.
You know it’s a real pleasure to be back – I’m not always received this happily so thank you guys!