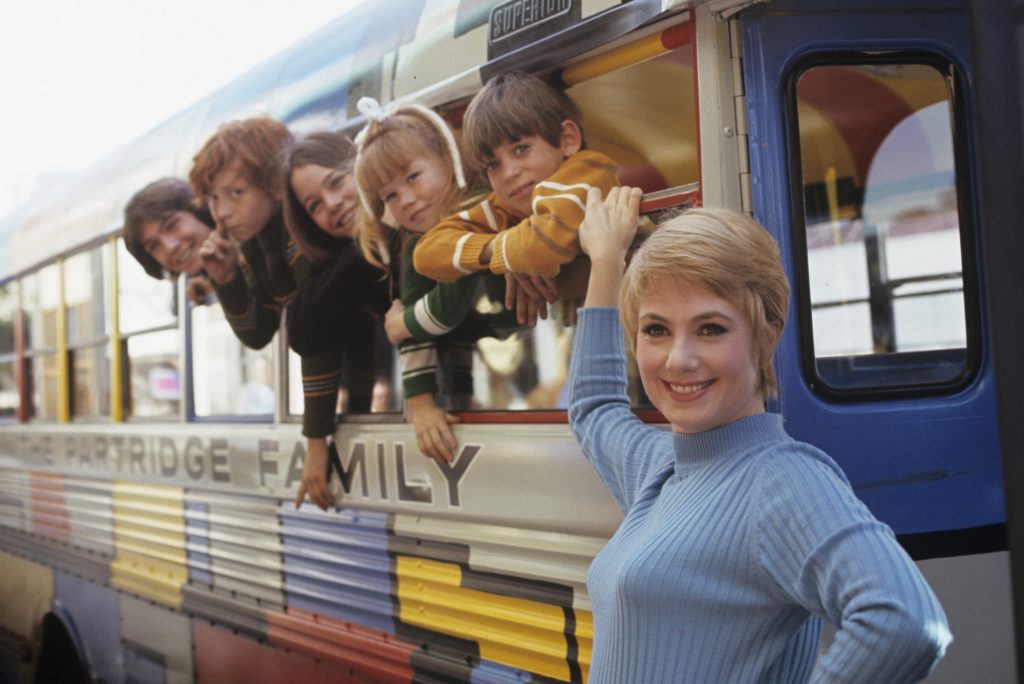 When did ‘The Partridge Family’ debut on television?

In 1970, the course of television programming was changed forever when The Partridge Family debuted on television. The show, a musical sitcom, starred Hollywood actor Shirley Jones as a widowed mother who takes her children on the road to perform songs for audiences around the United States. Loosely based on the lives and careers of the Cowsills, a musical family who performed professionally beginning at very young ages, The Partridge Family quickly became popular with viewers of all ages.

Although Shirley Jones was the most famous performer in The Partridge Family when the show premiered, the eldest of the show’s children, David Cassidy, became the runaway star of the series. As Keith Partridge, Cassidy quickly grew to teen icon status, performing alongside the show’s many guest stars. It didn’t take long before The Partridge Family was one of the most-watched shows on television — a status only to be shaken when the series’ internal problems began to cause the fabric of the show to slowly unravel.

When did ‘The Partridge Family’ end?

Even though the theme song of The Partridge Family encouraged viewers to “get happy,” the truth of the matter was that the young cast found it difficult to deal with their growing fame. David Cassidy, in particular, was unhappy with his status as a teen idol. As a budding singer on his own terms, Cassidy reportedly didn’t like being pegged as a member of the squeaky-clean Partridge family and began doing things to publicly separate himself from the character that he played on television.

In 1972, Cassidy appeared on the cover of Rolling Stone in a photo shoot that appeared to feature him semi-nude. Other members of the young cast acted out in various ways, causing tumult on the set and creating a good bit of chaos. Finally, by 1974, The Partridge Family wound to a close, with the final episode airing in March 1974. Although the show ended decades ago, the show continues to garner new fans on a daily basis, with many fans fondly remembering the glory days of the iconic show.

What happened to the painted bus on ‘The Partridge Family’?

One of the biggest stars of the show was an inanimate object. The bus that the Partridge family drove around in was a school bus that was purchased from a school district in Orange County, California, and painted in various psychedelic shades perfectly suited to the family’s occupation. Still, the bus went on to have a sad afterlife once the show ended, and according to Ranker, spent years parked Lucy’s Tacos near the campus of the University of Southern California.

Sadly, the bus made it to a junkyard by 1987. The report states that by the time the bus was ultimately discarded, it was in truly terrible shape from years of neglect. The report didn’t state how it managed to get so trashed, but it seems likely that overzealous fans might have inadvertently damaged the bus in an effort to get their hands on a piece of television history.