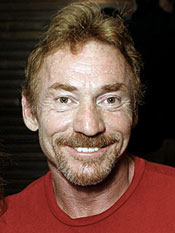 Danny Bonaduce got his revenge. I reported recently on Associated Content that “The Reverend” Bob Levy slapped Bonaduce in the face last March and as a result the two set up a “boxing match” which was completed September 13, 2008.

As reported on lalate2 (video included), Bonaduce dropped Levy in the second round of the three, one-minute round affair. The length of rounds should give the reader some idea of the quality of the fight.

I literally could find no intelligent report on the fight so I went ahead and watched the video, a classic boxing match it was not.

Bonaduce had no footwork of any type. He simply bullied into Levy’s body not throwing any punches. A good referee would have kept the “fighters” separated but Bonaduce was allowed to employ this sloppy technique.

Ultimately, in the second round he landed a lucky punch. It looked like Levy didn’t continue out of exhaustion more than anything else.

As a result of the fight, Bonaduce retains his middleweight championship title in the Celebrity Boxing group.

As I also reported in an additional report on Associated Content, Jose Conseco had previously been embarrassed after he had established himself as the hands-down favorite in a Celebrity Boxing fight.

It is no secret that stars have a problem with emotional control. Whether it is due to drugs or alcohol or just pressure from being in the public spotlight, they have problems. Historically people like Michael Jackson and Paula Poundstone ultimately exhibit bizarre and at times illegal behavior.

When I was a ten-year-old kid I was a member of the Boy’s Club. Part of what they did was to teach us how to box. We would practice against each other.

Occasionally, of course, some boys would get angry with one another. They would want to fight “for real.” The counselors would let them but would closely monitor the fight so that there would be no injuries and further, the winner was never allowed to taunt or “dis” the other boxer. Much different than Bonaduce and Conseco.