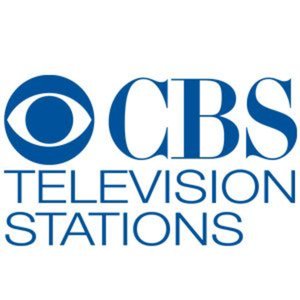 Most local media combinations have all the romance of a forced marriage. But the TV and radio stations owned by CBS—recently reorganized into CBS Local Media—seem to have some love for each other. Not only does CBS’ local portfolio overlap in all its TV markets except two, but also many of the radio outlets are iconic brands, ideal for working with the TV local news departments.

The combined reach is hard to resist. In the nation’s top five markets, CBS Local Media reaches about 80 percent or more of the market. “No other competitor has the breadth of radio and TV assets that we have locally, and if necessary, the ability to bring in outdoor,” said Anton Guitano, COO of CBS Local Media since it was formed last November. “That differentiates us.”

The primary focus, now that the portfolio is balanced, is to maximize content sharing in ways that make sense. CBS execs share best practices but leave it up to the stations to find ways to leverage talent and resources, and cross-promote to grow the brands and revenue. “We’re after improving the product by combining our assets,” said Dan Mason, president, CEO of CBS Radio. “Sales will follow.”

The more obvious collaborations have started in the largest markets. TV weathercasters, for example, provide forecasts for radio stations in nine markets. In Philadelphia, the KYW/WPSG-TV traffic reporter handles traffic on WOGL-FM. Sports talent bounces between both radio and TV in New York, Dallas, Baltimore and elsewhere. In Boston, WBZ-TV and WBZ-AM share a political analyst. WCBS-TV’s entertainment editor also does segments on WINS-AM.

CBS execs point to how its New York outlets blanketed the market with coordinated coverage during the snowstorm in late February as a perfect example of the synergy they’re seeking. “We can place key people in more places and avoid duplication. It’s better coverage for people watching and listening,” said Peter Dunn, president of CBS TV Stations.

TV and music radio stations are finding other ways to work together. For example, WYSP-FM’s Danny Bonaduce appears daily on WPSG-TV’s CW Philly Morning News. “It makes sense to use the talent across media and give them more exposure,” said Maribeth
Papuga, MediaVest evp, local broadcast director.

Even outdoor can be part of the equation. In Philly, the TV and radio stations help program a network of local digital screens; Minneapolis’ WCCO-TV provides content to 100 digital screens in The Mall of America.

CBS Local Media is about to sign its first radio-TV political deal. “When you look at political and the opportunity TV stations have, it’s a no-brainer that if we used TV to help on the radio side, we’ll get more overall,” said Guitano.