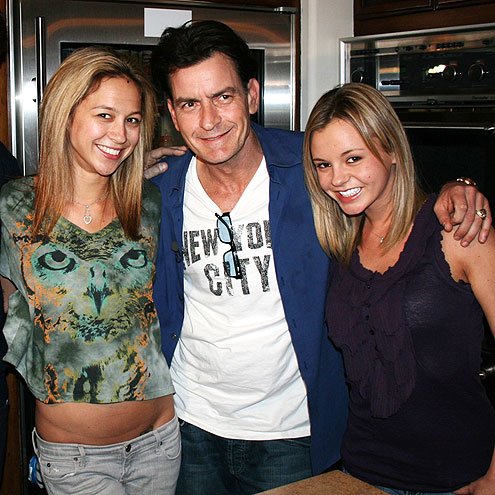 Danny Bonaduce, a former “Partridge Family” member and current host of the morning show at 94.1 WYSP, not only knows what it’s like to have an all-too-honest relationship with the media (see his suicide attempt on VH1 reality show “Breaking Bonaduce”), but also used to cross paths with Sheen during their epic party days a couple of decades ago.
Bonaduce shared some fond memories, such as the time Sheen was nabbed for visiting Hollywood madam Heidi Fleiss. How was he caught? He wrote his prostitute a check. “Which begs the question: What do you put in the memo box?”
Ads by Google

When Bonaduce was chilling with Charlie, there was no talk of “winning” or “Vatican assassins.” These Sheenisms are relatively new, but Bonaduce agrees with Charlie on one point. He’s winning. “Until something kills him, I have to give him the edge,” Bonaduce said.

But Bonaduce, a former addict himself, offers these words of wisdom to his old pal. “I would have had advice for him days ago, but he’s beyond my advice being helpful,” said Bonaduce. “He’s a bigger star than when he was just ‘Two and a Half Men’ Charlie Sheen. He’s arguably the biggest star in America right now. Everything he touches turns to gold. All of these TV doctor guys say he’s hit rock-bottom.”