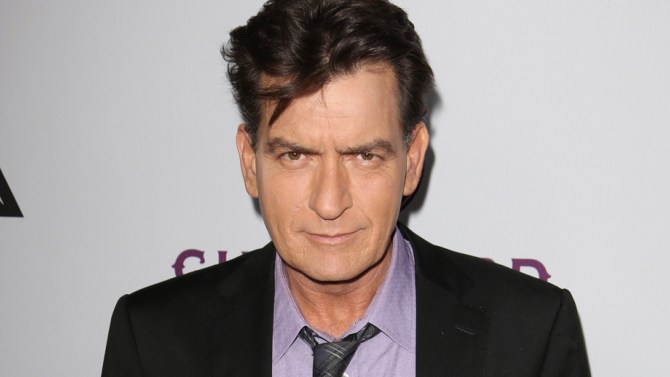 Charlie Sheen isn’t fading into media irrelevancy just yet! The troubled actor will be the subject of a BIO special, ‘Charlie Sheen: Bad Boy on the Edge.’ According to the Hollywood Reporter, the special will air March 20 at 9PM. TLC’s ‘Charlie Sheen: On the Brink’ will air at 10PM on the same day.

TLC’s special will have commentary from experts as well, including TV star MacKenzie Phillips.

In other Sheen news, the former ‘Two and a Half Men’ star has suffered a legal setback in his battle with Warner Bros. and ‘Men’ executive producer Chuck Lorre.

Sources told the Hollywood Reporter that a private dispute-resolution company, JAMS, sided with Warner Bros. TV and Lorre. JAMS decided its own arbitrator has jurisdiction over the dispute. This means Sheen’s $100 million lawsuit will likely be settled in private, not on public trial.

Marty Singer, Sheen’s lawyer, has come out against the decision. Singer’s partner William Briggs has issued a letter to JAMS challenging their decision.

“JAMS is wrong,” Singer told the Hollywood Reporter. “This case involves many different parties and different issues, and it should not be subject to an arbitration agreement between Charlie Sheen and Warner Bros.”

Sheen is going on a nationwide tour and recently announced a show at New York’s Radio City Music Hall.