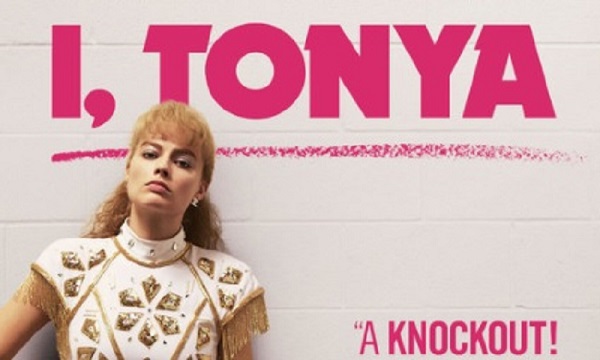 There are some sports – not boxing, obviously – that conjure images of wealth and privilege, perhaps because to become really good at them there has to be a lengthy and costly investment of time and money, those expenses often covered by well-to-do parents. Among the so-called “country club sports” are golf, gymnastics, tennis, swimming and figure skating.No world-class figure skater fit the standard profile less than Tonya Harding. She was from a blue-collar, working-class background in Portland, Ore., a chain-smoking asthmatic, derisively denounced by her more elegant competitors – behind her back, of course — as an ugly duckling intruding upon space reserved for beautiful swans. She was more comfortable in cutoff jeans than designer skating outfits, more apt to utter a coarse expletive in an interview than to recite innocuous, rehearsed responses that neither shocked nor insulted anyone.

Clearly, this wrong-side-of-the-tracks girl was more suited for the ring, which she later occupied, than the rink, but she had the potential to become a champion of the common folk, much as Jimmy Connors was in tennis and Arnold Palmer was in golf. A bundle of coiled energy at 5-foot-1, her compact, athletic frame reminded me of another similarly dimensioned Olympian, 4-foot-9 gymnast Mary Lou Retton, America’s smiling, spunky darling of the 1984 Los Angeles Games. For the 16-year-old Retton, becoming the first U.S. gymnast to win the women’s all-around gold medal at an Olympiad was the performance that landed her smiling face, with arms thrust upward in victorious exultation, on the front of those iconic orange Wheaties boxes. A decade later for the then-23-year-old Harding, who was in negotiations to also appear on Wheaties boxes, the ticket to cereal stardom was nailing another triple axel – she was then the only American woman to have done so in competition – at the 1994 Lillehammer Winter Olympics. It was to have been the exclamation point to a hoped-for gold medal skate that she believed would make up for the abusive childhood she endured at the hands of a monstrous mother, and the years of scuffling along to remain relevant in a sport whose snooty hierarchy always had been loath to accept her.

But something catastrophic and irreversibly damaging happened on the way to Harding becoming a national heroine and a symbol of life’s possibilities to all those who must scratch and claw to fulfill their dreams. For purposes of history and this story, let’s call it The Incident. She would not appear on Wheaties boxes but in a court of law, the only thing she truly cared about, her skating, taken away by a judge’s ruling that hurt more than any prison sentence might have.

Harding’s principal American rival for glory in Lillehammer, Norway, was Nancy Kerrigan, who seemed better suited to fill the skates of such previous homegrown ice princesses as Peggy Fleming and Dorothy Hamill. Kerrigan fit the image of those revered predecessors; she was movie-star gorgeous and had a classic skating style that played better to Rachmaninoff than the Rolling Stones. But Kerrigan, a bronze medalist at the 1992 Albertville Olympics to Harding’s fourth-place, non-medal finish, could not land a triple axel and was hesitant to even attempt one on the global stage. Harding was sure she could beat her rival, but her doofus husband, Jeff Gillooly, and his hulking buddy, Shawn Eckhardt, figured Tonya might need a bit of help to ensure her Olympic success.

Remember the movie Dumb and Dumber? That was Gillooly and particularly Eckhardt, who still lived at home with his parents but somehow imagined himself to be some sort of international man of mystery. They discussed a plan to mentally discombobulate Kerrigan by sending her anonymous death threats prior to the U.S. National Championships, with Eckhardt on his own flawed initiative deciding to dispatch two of his “operatives” – a couple of fellow losers named Shane Stant and Derrick Smith – to kneecap Kerrigan after she practiced in Detroit, thus eliminating her as a threat to Harding. Amazingly, the deed was done, igniting a firestorm of media attention and raising questions as to who might have benefited from such a blatant and, as it turned out, ill-conceived attack.

Thus launched possibly the biggest national scandal since Watergate. Stant and Smith left a paper trail that Inspector Clouseau or Stevie Wonder could have followed, which naturally led back to Gillooly and Harding. Kerrigan, who recovered from her injury, was arbitrarily handed a berth on the U.S. Olympic team that went to Lillehammer and the Tonya and Nancy saga became a mesmerizing soap opera whose repercussions are still being felt 25 years later, in the form of a critically acclaimed movie, I, Tonya, presently in theaters, and an ABC special, Truth and Lies: The Tonya Harding Story, which was televised a few days in advance of the movie’s wide release.

As one of hundreds of reporters assigned to trail after Harding in Portland in the run-up to the Olympics, I spent the worst week of my newspaper career jostling for position with the public and other media types from around the world at the shopping-mall ice rink where Harding, still supported by her local fans despite being branded Public Enemy No. 1 by almost everyone else, practiced daily. The worst of the worst came the day Harding was summoned to the local FBI office.  Not allowed into the inner sanctum, the press was obliged to wait in the outer lobby where our numbers were such that we all were miserably uncomfortable from each other’s body heat and a lack of seating. As hour after hour tolled by, no one was bold enough to venture a quick trip to the rest room or to grab a bite to eat, lest we miss Harding’s exit from the lengthy interrogation.

After four hours or so, someone in the office would stick his head out the door and say, “One more hour.” An hour later, same thing. This went on until around midnight, Pacific Time – 10 hours in all, and well past East Coast newspaper deadlines – when the door flew open and Harding, with someone’s sports coat over her head, rushed past us without saying a word, her attorney yelping, “No questions! No questions!”

At that moment a lot of us, hot, hungry and in dire need of emptying our bladders, would have voted to convict the now-nicknamed “Trashy Tonya” of a capital offense, the sentence to be carried out immediately.

Nor had my lingering feelings of resentment toward her abated when Harding – who did not medal in Norway, her nervous performance further sabotaged by a broken lace on her right skating boot — appeared at a press conference in the Philadelphia area a few years later to hype her upcoming “celebrity boxing” bout. She was taking such gigs because she had been barred for life by the U.S. Figure Skating Association and was making money the only way she could, by trading on what was left of her notoriety.

A onetime super middleweight boxer named Damon Feldman – labeled King of the D-List in a Philadelphia Magazine story – had fashioned a second career by hiring quasi-famous or infamous personalities for such encounters, a group that included, in addition to Harding, former Partridge Family kid Danny Bonaduce, steroid-fueled baseball slugger Jose Canseco, Amy Fisher’s married lothario Joey Buttafuoco, Los Angeles police beating victim Rodney King and John Bobbitt, who had suffered the unkindest cut of all from his then-wife Lorena. It was like P.T. Barnum had returned from the dead with boxing the focal point of a new humbuggery, with the Hardings and others of her ilk taking the place of the bearded lady and Col. Tom Thumb.

“I did that for money, to help pay my bills, to stay in shape,” Harding, now 47, said of her foray into boxing near the conclusion of the ABC documentary. “I like boxing. It’s interesting. But, man, it’s brutal. Don’t start boxing after 30.”

According to BoxRec.com, Harding (pictured on the left) compiled a 3-3 record, with no victories inside the distance and two knockout losses. But that’s “legitimate” women’s boxing; it does not include her celebrity boxing wipeout of Paula Jones, who sued former President Bill Clinton for sexual harassment stemming from incidents that allegedly happened when Clinton was governor of Arkansas. Harding aggressively fought Jones as if she were still trying to nail that Olympic triple axel, although it should be noted that the petrified and inept Jones would have been easy pickings for the average sixth-grade girl.

As for me, I have to admit that my feelings toward Harding have undergone a radical shift of late. Upon further reflection, I can now more fully appreciate her special gift. As CBS’ Connie Chung correctly noted, “Tonya had a talent because she was athletic. All the other skating princesses looked like delicate, graceful, beautiful young women. But she was athletic. She could jump and do the triple axel. She could jump like nobody else could jump.”

Allison Janey already has won a Golden Globe for Best Supporting Actress and it would be a shocker if she doesn’t follow that up with an Oscar in the same category. Margot Robbie is also splendid in the lead role, but, at 5-6, she is five inches taller than the real Tonya. Robbie also is drop-dead beautiful, a closer physical approximation to Kerrigan than to Harding, but then that is the Hollywood way. Pretty is better box office than normal-looking.Allowances should also be made to Harding’s horrific home circumstances as the daughter of the kind of mother most of us can be thankful we never had. As LaVona Fay Golden, Harding’s constantly berating shrew of a mom, I,Tonya’s

In a 1994 poll taken at some point during the Tonya/Nancy saga that commanded worldwide interest, Harding ranked No. 2 in recognizability among all living persons only behind then-president Clinton. She has lived a roller-coaster life on and off the ice, at various times up and down, adored and vilified, with a side trip from punched to punchline. With the movie’s release the cameras have found her again, and she claims to be happily married now, with a seven-year-old daughter she treats better than she ever was, and is finally at peace at what was, what is and what yet might be.

In the grand mystery of life, it is about all that any of us can hope for.