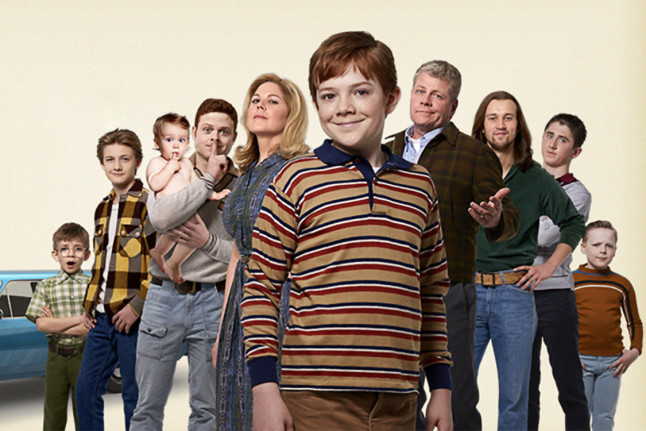 In the episode, titled “Low Expectations,” Jack Gore’s character, Timmy — one of eight boys in an Irish Catholic family in suburban L.A. — enters a contest to appear on Bonaduce’s classic sitcom The Partridge Family.

The guest star’s appearance was supposed to be a secret, but set spies put an end to that.

Cudlitz recalled, “I remember there was photos of Danny out literally the afternoon after he shot [the episode]…and Tim Doyle, our creator, put on it on his Twitter, he was like, ‘Well I guess that’s out of the bag!’”

“I think that we’re trying to keep it quiet but not really. I was kind of smiling and laughing because I’m like, ‘Y’all don’t know how to keep a secret.’ You know, ABC? Like, they could work on their secret game,” Cudlitz laughed.

The actor knows a little something about spoilers. The fanbase of his former show, The Walking Dead, has a voracious appetite for any details that could untangle secret plot points — such as the revelation of the murder of his character Abraham in the season seven premiere.

With The Kids, though, Cudlitz laughs, “Generally speaking, the secrets have less consequences.”

“But it’s hard. I mean it’s such a different monster,” he adds. “You know you compare — even just from a business standpoint, you know — the size of ABC and the amount of moving parts with ABC/Disney and now Fox and you know, AMC.”