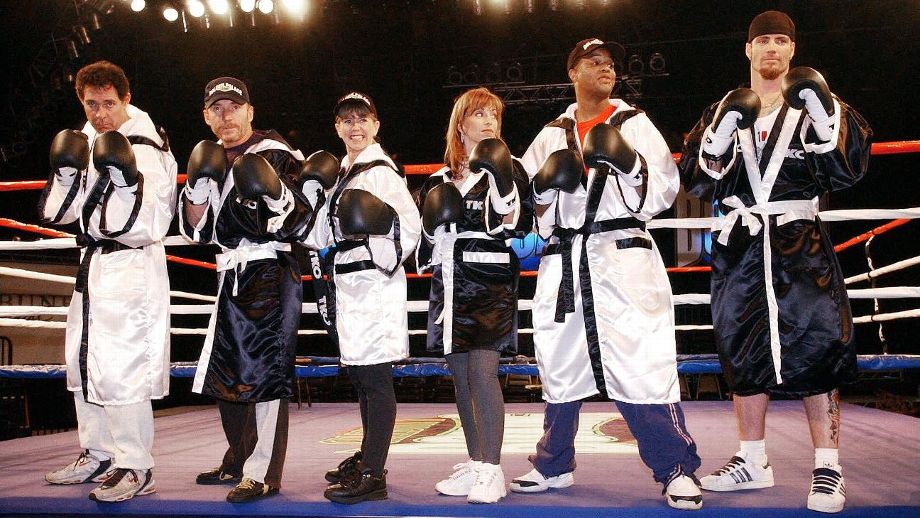 Celebrity boxing reaches its biggest stage Saturday at Staples Center in Los Angeles as KSI and Logan Paul square off. It’s a professional rematch of an amateur bout that drew hundreds of thousands of buys on YouTube pay-per-view last August, opening a lot of eyes to the overwhelming moneymaking potential such a fight could have.

Eddie Hearn, one of boxing’s top promoters, has put the support of Matchroom Boxing behind the rematch. The fight checks a lot of favorable boxes, specifically a younger, nontraditional boxing audience. The card includes not only KSI (real name: Olajide William Olatunji) vs. Logan Paul, but two championship fights with Billy Joe Saunders and Devin Haney putting their titles on the line. That pairing could provide a massive windfall for both the boxers and the sport.

While Saturday’s bout brings celebrity boxing to its biggest stage to date, it’s far from the first instance of a promoter trying to cash in on celebrity status, instead of fight quality. So where did it all begin?

Before the celebrity aspect came into play, white-collar boxing events at Gleason’s Gym in Brooklyn, New York — one of boxing’s most venerated training grounds — began to spring up in the late 1980s. What started with informal clashes between bankers and other business professionals with minimal training turned into monthly events (which, over time, were occasionally challenged from a legal and safety perspective). The idea eventually spread to England through a collaboration between Gleason’s owner Bruce Silverglade and Englishman Alan Lacey.

The format called for headgear, big gloves and a handful of short rounds. Lacey, who began training in the ring at 45 years old, fought on the first event in London. The events eventually picked up enough momentum in England that celebrities got into the mix, sometimes adding a charity element to the equation.

After a couple of high-profile celebrity bouts, including one in 2002 that featured comedian Ricky Gervais and was watched by 5.5 million people, U.K. boxing authorities stepped in and pressured the BBC to stop airing the bouts, deeming them “dangerous and irresponsible.” Just a handful of celebrity fights have been approved in the U.K. over the last decade.

Around the same time, as reality TV was exploding in the United States, Fox network had a similar idea: a show simply called “Celebrity Boxing,” which would become the most famous (and infamous) instance of the trend.

Before we dig into the two-episode Fox debacle from 2002, there’s a piece of mostly forgotten history in the timeline: a 1994 bout featuring Danny Bonaduce, a child star who would repeatedly step back into the celebrity boxing world, and Donny Osmond.

In the 1970s, Bonaduce was one of the stars of the TV show “The Partridge Family,” portraying the pre-teen middle son of a fictional traveling band. By the mid-’90s, one of Bonaduce’s main gigs was as a late-night radio host, including a stretch on The Loop WLUP in Chicago. It was on that station that a fight with Osmond, the former teen idol and pop star, came to fruition thanks to some inspiration and goading from another WLUP host, Jonathon Brandmeier.

On Jan. 17, 1994, Bonaduce and Osmond, both in their mid-30s, entered Chicago’s China Club for a three-round bout, complete with boxing nicknames; Osmond’s “The Stormin’ Mormon” moniker felt particularly fitting. Once the bell rang, whatever limited training the two had each undertaken in preparation for the fight produced minimal and ineffective results.

Bonaduce’s headgear flew off multiple times (perhaps conveniently, in terms of getting unscheduled breaks), and clinches turned into miniature wrestling matches as Osmond and Bonaduce flailed at one another. Osmond even poked Bonaduce in the eye.

When the fight mercifully ended, Bonaduce was awarded a split-decision victory, to the chagrin of Osmond and confusion of most in attendance. A postfight verbal spat led Bonaduce to taunt Osmond about his sister, singer Marie Osmond. Bonaduce even suggested a fourth round without headgear or gloves. The fight presaged a lot of what would follow in the world of celebrity boxing: the level of “celebrities” participating, professional-level trash talk, dirty tactics and ugly, often unwatchable fights.