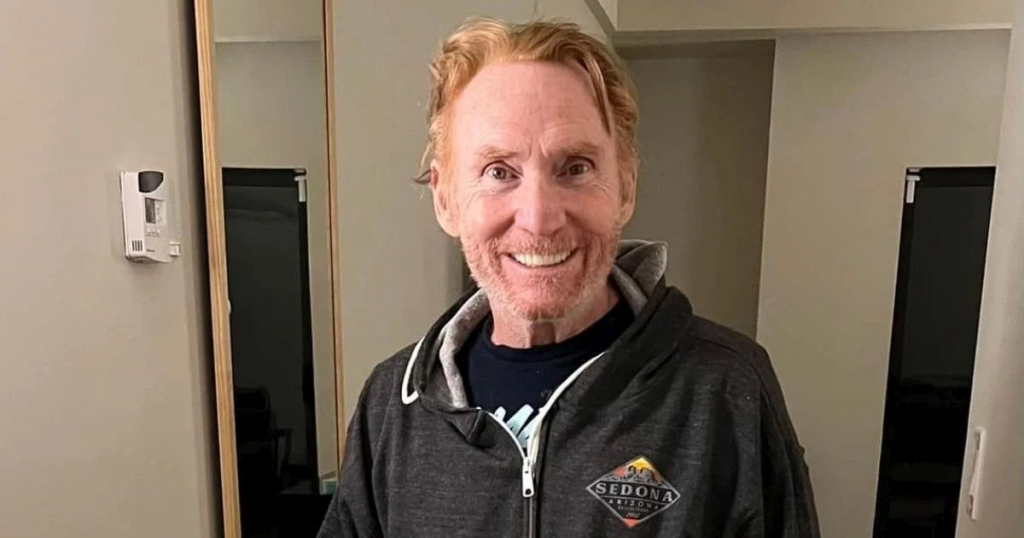 178
SHARES
FacebookTwitterGooglePinterest
RedditTumblr
As Danny Bonaduce focuses on getting better amid his battle with a mystery illness, the actor and radio show host is thankful for all of the support he has received. On Friday, Bonaduce took to Twitter to announce that he had to take a break from his radio show The Partridge Family star has not been well, and as of now, medical professionals are still working to determine what’s ailing him. For now, Bonaduce is trying to get better so he can get back to work as soon as possible, noting how much he loves what he does.”Some news to share,” Bonaduce said, including an image of himself with a cane. “I’m taking a temporary medical leave from my radio show. I’ll share more when I know more. I’m still working towards receiving a diagnosis. What I know is, I need time to focus on my health. I love my job and talking to you guys & I’ll be back on the air soon.”In a follow-up tweet, the actor joked, “Charlie Chaplin, Willy Wonka, Danny Bonaduce. I’ve joined the club of cool guys with canes.”Bonaduce also shared a screenshot of a Facebook post left by his sister, Celia Bonaduce, which called for support for her brother. He thanked the fans for their well wishes, noting how much the support means to him. You can read the full statement posted by Bonaduce’s sister below.

“From the UNLIKE OTHER FAMILIES, WE DO NOT REQUEST PRIVACY AT THIS TIME Department: Many of you have reached out to see what’s going on with my brother Danny. Thank you. Along with Dairy Queen dipped cones and your messages, he is feeling the love. We are not being coy when we say this is a ‘mystery illness’… in layman’s terms, his balance sucks- super sucks- and all the great medical minds of Seattle are at work trying to solve this conundrum. We will keep you posted. Please remember, that while he is a public figure, he is also my well-loved brother. Type your comments accordingly. Much love for your support, FB NATION.”