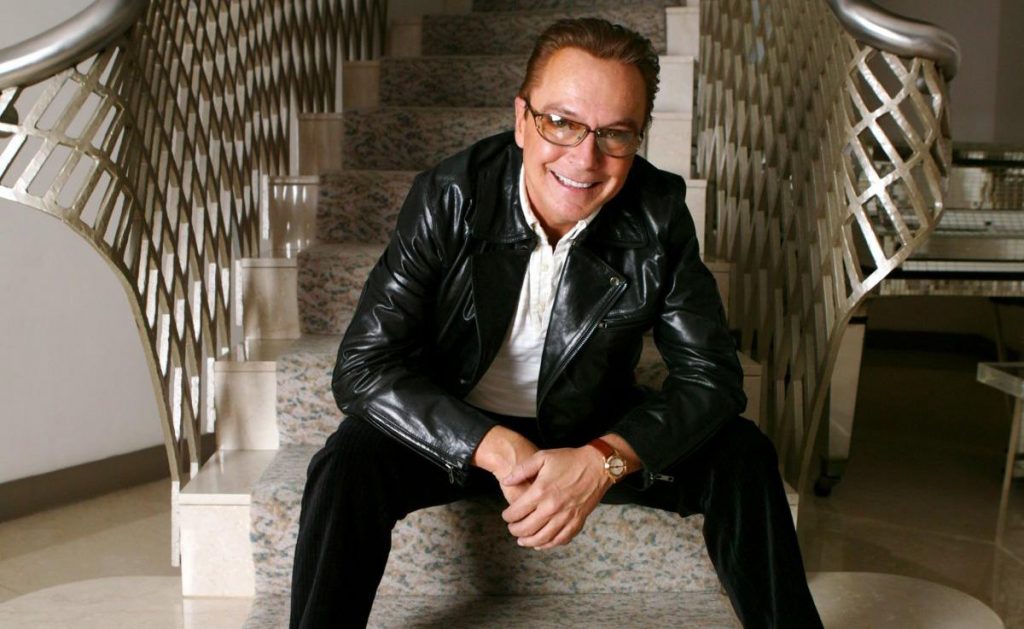 David Cassidy, the ’70s heartthrob and star of the hit sitcom “The Partridge Family,” died Tuesday of complications from dementia and multiple organ failure.

“On behalf of the entire Cassidy family, it is with great sadness that we announce the passing of our father, our uncle, and our dear brother, David Cassidy. David died surrounded by those he loved, with joy in his heart and free from the pain that had gripped him for so long,” the family said in a statement to the Daily News. “Thank you for the abundance and support you have shown him these many years.”

Cassidy was surrounded by family at the Florida hospital where he was admitted earlier in the week. He was in critical condition as his kidneys and liver were failing and he was in need of a kidney transplant.

He was placed into a medically induced coma to manage his pain when he entered the hospital on Wednesday and his condition deteriorated and he was moved to the ICU on Sunday morning where he eventually died.

The actor was best known for his role as Keith Partridge in ABC’s “The Partridge Family,” which aired from 1970-1974.

During his stint on the show, Cassidy and the fictional Partridges released a number of hit songs like “I Think I Love You,” which reached No. 1 on the Billboard charts, and “Come on Get Happy!”

Thanks to his boyish good looks, Cassidy amassed a fan base that rivaled that of Elvis Presley and the Beatles.

As his star continued to rise — and his female fans continued in their manic devotion — Cassidy launched a bubblegum pop solo career that he balanced alongside his “Partridge” duties.

In memoriam: Remembering the famous figures we lost in 2017

His success as a teen idol was so massive it was dubbed “Cassidymania,” and the floppy-haired singer sold out stadiums across the globe.

He released seven albums during his teen idol peak in the ‘70s, including “Cherish” and “Rock Me Baby.”

Cassidy was also famously featured on the cover of “Rolling Stone” magazine in 1972, scantily clad and carefully cropped for an article in which he spoke frankly about his drug use.

In the prime years of his singing career, Cassidy had 24 gold and platinum recordings and four consecutive multi-platinum LPs.

By the mid ‘70s, Cassidy grew tired of his image as the wholesome teen idol and, following an incident in which a fan was killed in a crush at one of his London concerts, he quit “The Partridge Family” in 1974 and retired from touring.

He enjoyed a short-lived television career, but spent much of the 1980s broke and trying to recapture the magic of his youth.

“I was one of the wealthiest young male entertainers in the world then, but 10 years later, I had nothing to show for it. By the 1980s I was broke and had to rebuild my life,” he told the Telegraph.

In 1996, he moved to Las Vegas to star in the live show “EFX” at the MGM Grand and within four months, it was voted the “Best Production Show” in the city.

Throughout his career, Cassidy struggled with alcohol abuse issues that resulted in DWIs in 2010, 2013 and 2014 and a stint in rehab. He filed for bankruptcy in 2015.

Earlier this year, Cassidy stumbled off a stage while slurring his words at a California concert and later attributed the fall to dementia — a disease which also afflicted his mother and grandfather.

“A part of me always knew this was coming,” Cassidy told People.

He then decided that he was done with touring and wanted to focus instead on the time that he had left.

Throughout the ups and down of his personal life and career, Cassidy tried to remain upbeat and attributed his resilience to his father, who died in 1976 after a lit cigarette set his Hollywood apartment aflame.

“I’m an optimist. I mean, you have to be with my career,” Cassidy said in a biography on his website. “I have always stayed true to myself by using the work ethic my father instilled in me… He taught me to be fearless.”

“My uncle David Cassidy has sadly passed away tonight… & in the process of mourning I can’t help but thank God for the joy that he brought to countless millions of people!” Jack Cassidy tweeted Tuesday night. ‘I don’t think I’m alone in saying that we will all miss him. God Speed!”